What is Warli and How To make It?

‘India‘. When I say this word, what comes to your mind? Culture? History? Literature? Food? Music? Or perhaps art? Whatever does, I am sure there is no way your mind can even begin to envision the depth and vastness of India in that arena. However, there is nothing that should stop one from trying, should it?

So let us take one step in that direction and learn a little about one of the oldest forms of art in history – Warli. I know it is only missing a ‘ke’ to make it ‘War-liKe’, but it has – like us artists – nothing to do with war or weapons; not even the mythological kind! Warli art, in fact, chooses to show the raw exquisiteness of the elements one would come across on a daily basis while living an everyday life in an everyday tribal society. But trust me when I say that, there is nothing every day about this Maharashtra-born tribal art form. In fact, the people of Maharashtra and Gujrat have a strong emotional connection with this simple-looking, linear art. This may be because they have seen it grow, and get fame like a child from a neighbourhood who grows to become a superstar.

Though basic geometric shapes dominate the Warli paintings, they are put together rather intricately to deeply appreciate nature and the daily life.

The circles represent the sun and moon, the triangles represent the mountains, and pointy trees, and the squares – which are of two types; Devchauk and Lagnachauk – are considered as the central motifs of the painting. A chauk (chauki) or square is the sacred piece of land on which the Warli motifs are made. Unlike the other art-forms, Warli is not about perspective and proportions. It exists because back in those days, Warli was the only medium of expression and transmission of stories and folklores, from one generation to the next. Perhaps, this was due to the lack of literacy and therefore the motifs were painted on the walls of houses and other institutions.

People and animals are represented by two triangles (one inverted and one straight triangle) joined together, where the upper triangle is the torso and the lower triangle is the pelvis (with a circle on top which represents the head). These inversed triangles meeting at a point represents the balance of the universe. This, in turn, shows quite well how the Warli tribespeople were greatly involved in and affected by what were their regular activities. Yet, not too absorbed in the same to not notice anything that lay beyond. To add to this, they even have a particular type of painting called the ‘Tarpa Dance’, where the people are having a celebration by dancing in a circle, which represents the circle of life itself!

As for the backdrop, Warli artists used their clay huts as the backdrop for their paintings, similar to how ancient people used cave walls as their canvases. Not only that, but striking similarities have also been found among the motifs used in cave art and Warli art. Nevertheless, it is not surprising since Warli art form’s origin is said to have come about in the 10th century AD.

But time, things and thus, the art – obviously – has changed since those days.

Warli : Then and Now

Traditionally, Warli painting was done on a red ochre (geru) background with white paint made from soaked and grind rice which were the only two colours used. But today, a variety of colours and mediums are being used to replicate these artistic motifs on fabrics, home décor or other artistic forms. Among these, the intricate geometric patterns of flowers, wedding rituals, hunting scenes, harvest season, and other everyday activities are the most popular ones. This is because farming and hunting was the main source of income and food for this tribe and to show the importance of these two, Varli tribe celebrated these everyday rituals as festivals . Despite, however its extensive usage, there is not enough recognition being gained by this fantastically earthy art-form on a global scale.

But hey, isn’t that what we are here for? To divulge the secrets and revive the breathless? I mean, sure, there is nothing ‘War-liKe’ about us, but we fly while we are rooted here, so there is a lot of Warli in us!

And Warli of course, won’t kill us!

You see? Advantages upon advantages! Perfection is all this art-form is. *Sighs in Warli*

We love the simple yet powerful art form of Warli and we know you will love it too. We made a short (not so) video tutorial for you all. Harsha Joshi, the presenter in the video, shares some of the above information and then shows us how it is done. Have a look at the video below.

Some Examples of Warli Art

Here are some examples of the Warli Art which Harsha refers in the video. I am sure this small collection of Warli images is enough to train your mind to spot the Warli all around you. *winks* 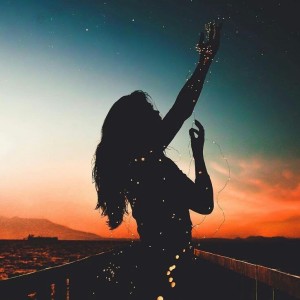 Arunima Singh is a 23 year old aspiring author from Bhopal, Madhya Pradesh. Having been drawn to the world of words since she could hold a pen, she is working towards her first novel. When she is not riding horses in a fantasy land, engrossed in creating poems or trying to better herself and her work ("Because nothing can be perfect, but I can try to make stuff perfect for me," she says.), she can be found editing videos, taking photographs, painting or sketching.

How to be awesome without being me

Tangle Proof Your Earphones and Chords with Stuff You Already Have

Looking for Something Specific?

Want a personalized gift for your loved ones?

Get Updates about new Tutorials, Events and Products straight to your email Inbox.

Made in India with ❤️ by

Please log in again. The login page will open in a new tab. After logging in you can close it and return to this page.